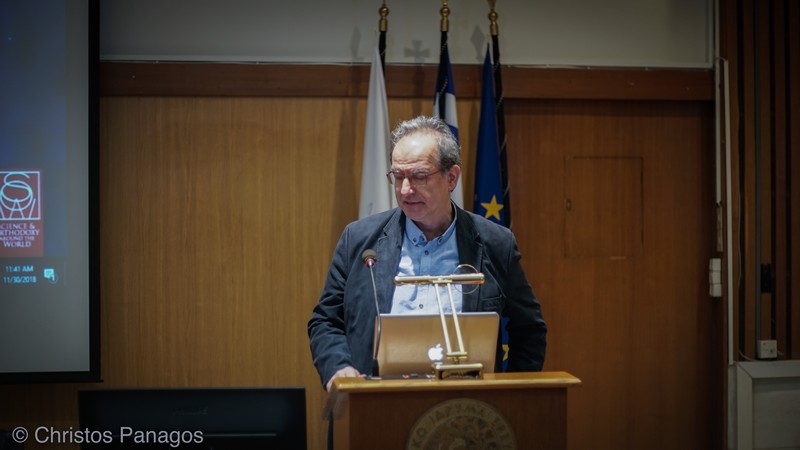 With the participation of the Director of the

On November 29-December 1, 2018, the 3rd and last International Conference of the Project “Science and Orthodoxy around the World” of the Institute for Historical Studies of the National Hellenic Research Foundation was successfully held in Athens on the general topic “The Science and Orthodox Christianity Relationship: Past-Present-Future.” Scholars and Scientists from both fields and all over the world participated in the conference.

The third international conference concludes a three-year effort by Project SOW to map the ongoing discussion on science and Orthodox Christianity throughout the world. Intensive research revealed a number of important thematic areas where the discussion is more vibrant, revealing controversial yet fruitful aspects of the science-religion relationship. Among these areas are bioethics, ecology and environment, psychology-psychoanalysis, which also seem to open new perspectives in the future discussion. Furthermore, the role of philosophy and history, with a focus on the notion of modernity, appear to be crucial in the understanding of the science-Orthodoxy relationship and its advancement, especially within the context of the ongoing discussion in the West.

During the third day of the conference a workshop on the topic “Psychoanalysis and Orthodox Theology” took place where eminent representatives of theology and psychoanalysis participated.

For decades it seemed that polarization and suspicion were the reality that mutually shaped the relationship between psychoanalysis and Christianity. During the recent years, however, an increasing interest of contemporary Orthodox Christian thinkers in psychoanalytic theory and its interpretation of human self and cultural values is taking place. Factors that facilitated such a proximity have been the new challenges that psychoanalysis faces now from neuroscience and technology, which urge it to become more modest and transactional. On the other side, contemporary Orthodox theology has formulated and put forward a relational spirituality promoting real selves and meaningful bond with others and God. Both developments seem to have brought closer the two domains and made them more susceptible to a creative dialogue.

Dr. Pantelis Kalaitzidis, Director of the Volos Academy for Theological Studies, Research Fellow of KU Leuven and Executive Member of the European Academy of Religion spoke on the topic “The Disenchantment of the World in Eastern Orthodox Tradition and its Importance for a Constructive Dialogue Between Orthodoxy and Science, East and West.”

To see the full program of the conference please visit the official website of the project at http://project-sow.org/conf3_pogram

To read the abstract of Dr. Pantelis Kalaitzidis, as well as the abstracts of all the talks given at the conference please visit the official website at http://project-sow.org/3rd_Conference_abstracts

To see the full program of the Workshop “Psychoanalysis and Orthodox Theology” please visit the official website of the project at http://project-sow.org/3rd_Workshop