“Theology in Dialogue” in the International Book Fair of Thessaloniki 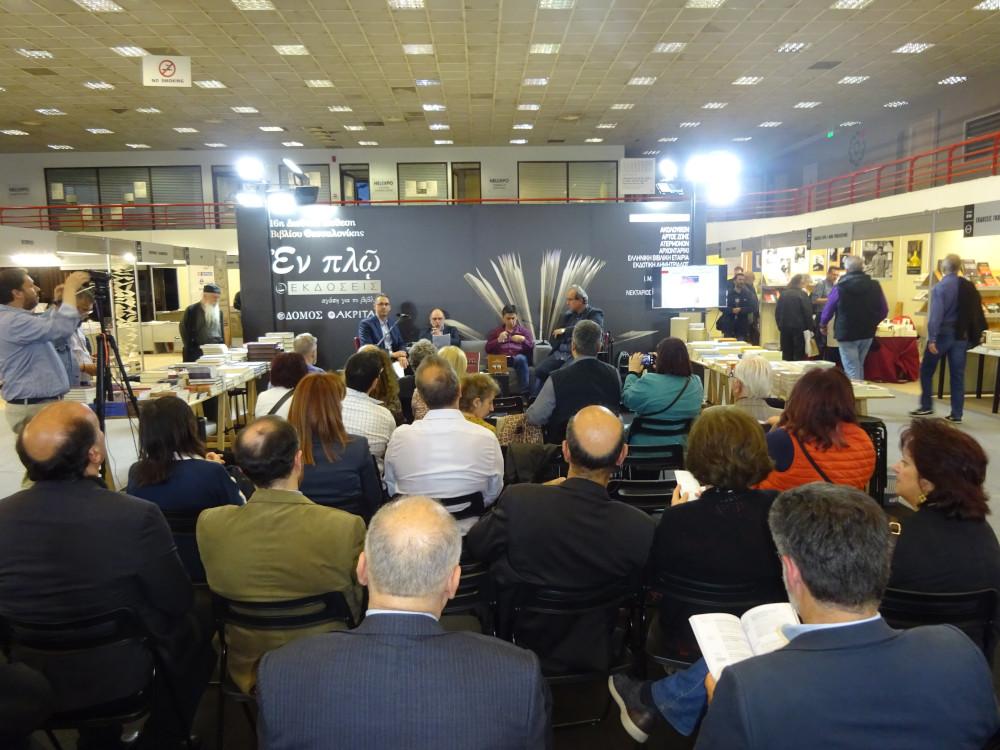 On May 10, 2019, the Volos Academy for Theological Studies in cooperation with the En Plo publications successfully organized a Round Table discussion entitled “Theology in Dialogue”, as part of the 16th International Book Fair of Thessaloniki (wing 15, stands 24-33) in order to present its work and publications. At the event, moderated by Dr. Pantelis Kalaitzidis, (Director of the Volos Academy for Theological Studies), took part Dr. Stelios Tsobanidis, (Professor of the Theological Faculty of the Aristotle University of Thessaloniki), Dr. Michalis Bartsidis, (Director of the Pulantzas Institute, Lecturer at the Hellenic Open University) and Dr. John Fotopoulos, (Associate Professor of St. Mary's College, Notre Dame, Indiana, USA). 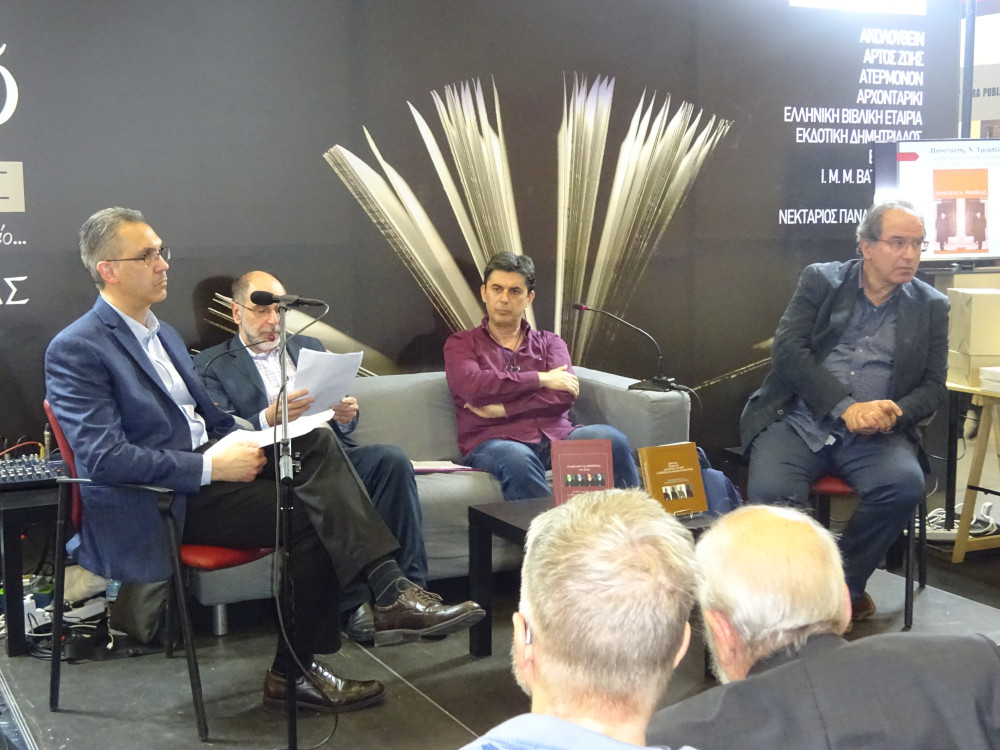 In his short introduction with the help of a relevant video, Pantelis Kalaitzidis referred to the history (establishment in 2000, formation of a Board of Directors in 2011, official recognition as a research center in 2014 and establishment of five specialized scientific departments), the collaborations (with institutes, theological faculties, journals and publishing houses in Greece and abroad) and the wide range of activities of the Volos Academy for Theological Studies (e.g. the advancement of the contemporary Orthodox theology and its opening to the challenges of post-modernity, the publication of important works to promote ecumenical dialogue, the highlighting of the urgent problems of Christians in our time, etc.) over the last 20 years. 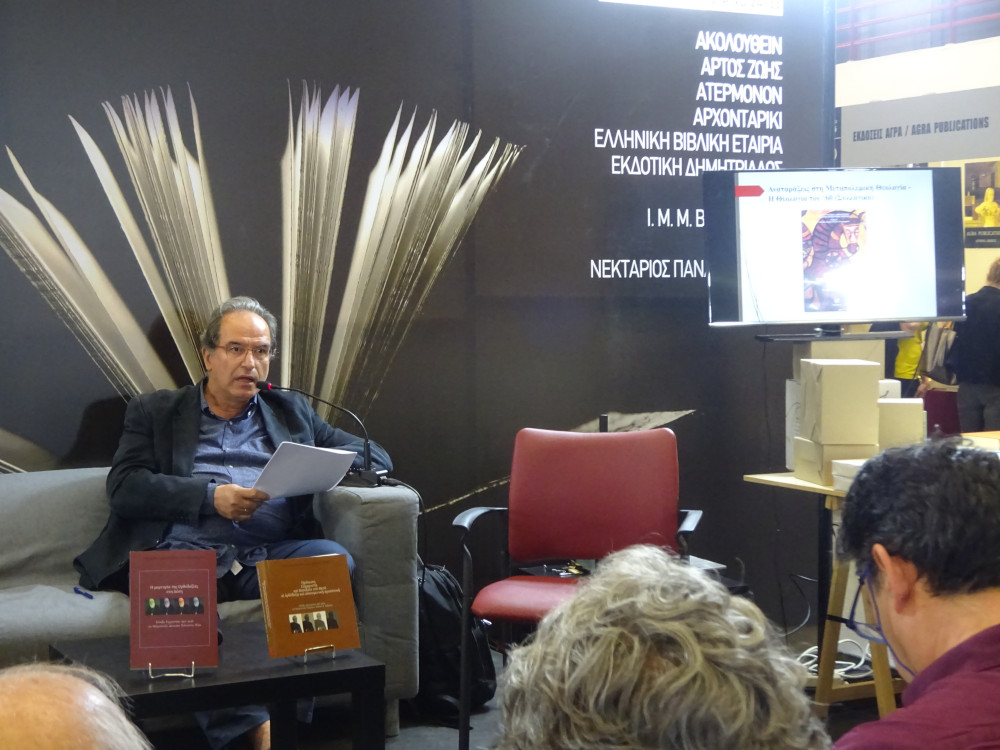 In his turn, Stelios Tsobanidis referred to the theological line that permeates and substantiate the activities and the work of the Academy. The urgent request of the meeting of the Orthodox Church and theology with the varied challenges of the (post)modern world, it is not related to any temporary fashion, but to the dialogical ethos of Orthodoxy which, in turn, derives from its theological self-consciousness, and the nature of the Trinitarian God, which is simply a communion of divine persons in love and dialogue. It also derives from the incarnation of the Son and the Word of God. That is why the Church, the body of Christ, does not exist for itself, but for the world and for the sake of the world, as it ought to continue in the Holy Spirit the dialogical work of salvation of Christ within history. In the remainder of his speech, he briefly referred to the contents and the importance of several individual editions of the Volos Academy Publications.

Michalis Martzidis, for his part, highlighted the research and publishing activity of the Volos Academy for Theological Studies while he tried to point out an important message of political solidarity, even though a minority within Orthodoxy. He underlined the fact that with its work the Volos Academy lives in the modern context, while it simultaneously attempts its spiritual reconstruction, seeks for the opening to the other, combats hatred and fear for the other, and resists the death politics of the Nazis and the authoritarian extreme right . 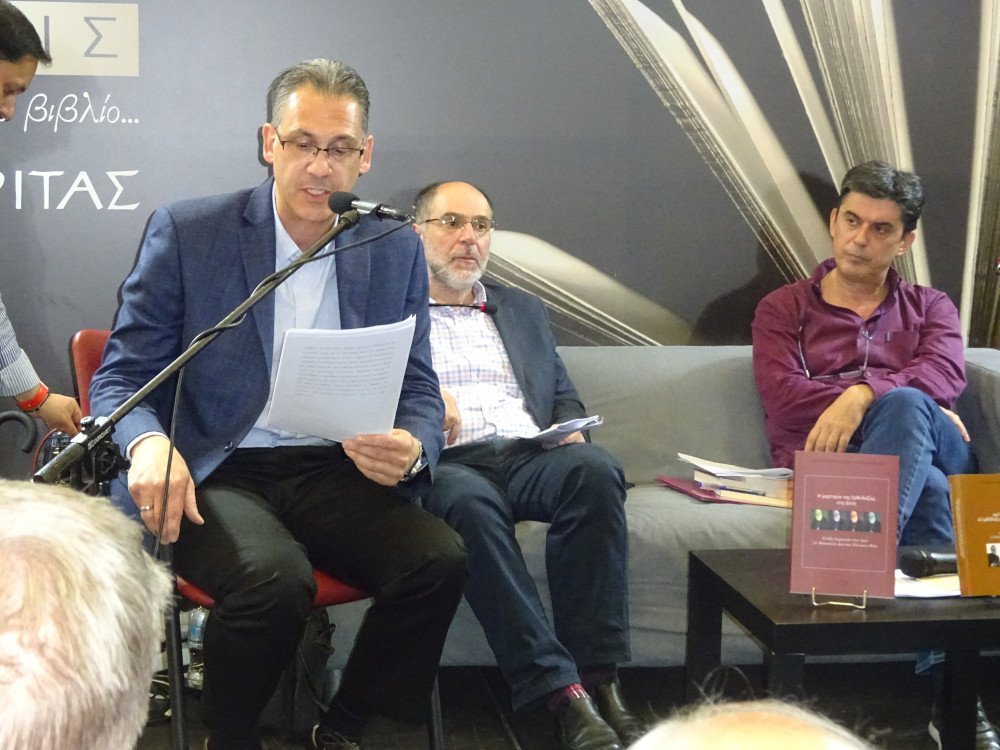 John Fotopoulos , after referring briefly to some events and publications of the Volos Academy, noted that his experience from the Academy and its Publishing house helped him to capture clearly some of his goals: 1) the organizing and publishing studies from the academic conferences hosted by the Volos Academy for Theological Studies in the past, 2) the profound study of topics rooted in the historical orthodox Christian tradition, but also issues that are simultaneously ecumenical in their spirit and 3) that the Volos Academy and its Publications have dedicated themselves to the life of the Church, the academic arena and the role which theology and religion have to play in history and culture.