Articles that refer to recent news 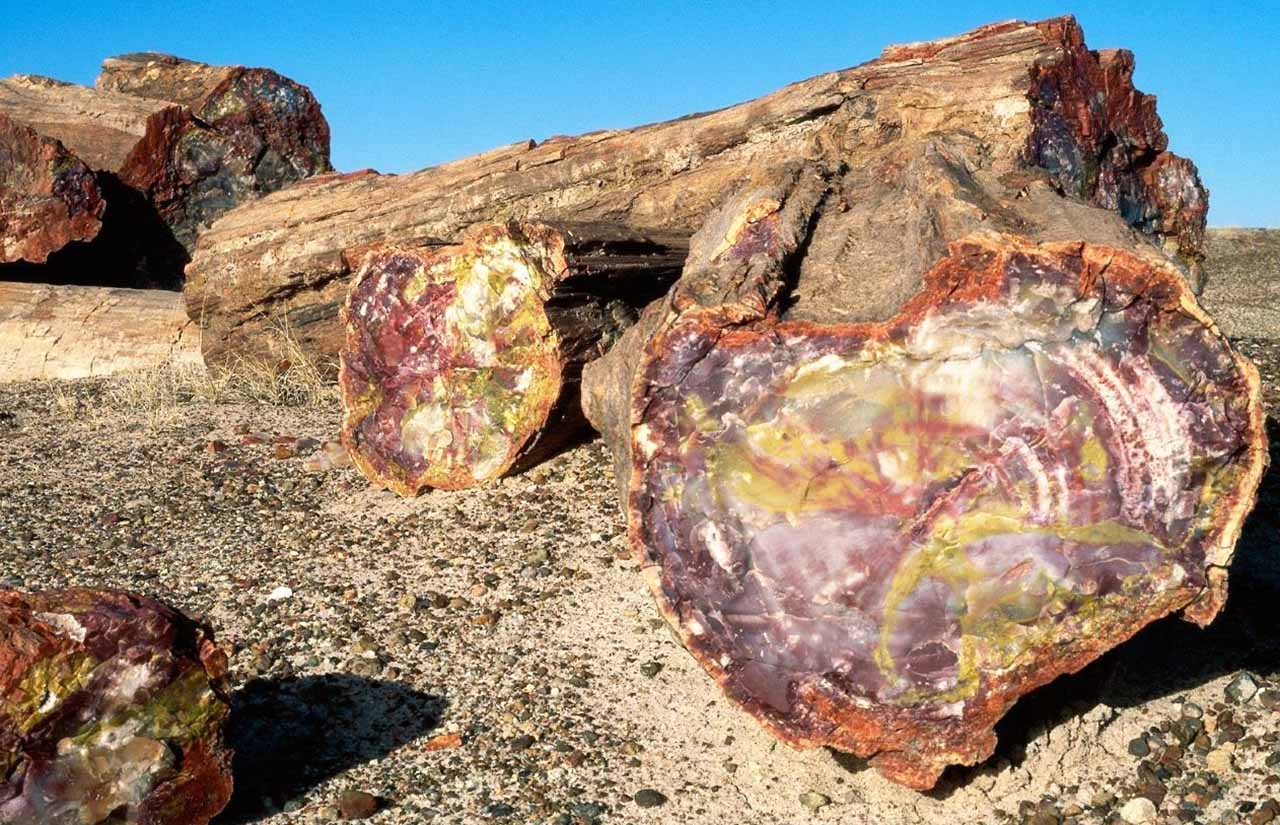 Our long-standing captivity to a sad caricature of Orthodoxy that could be called “orthodoxism,” and whose main characteristics will be summarized in what follows, has been largely consolidated by a widespread attitude in the Church known as “the fear of theology.” It is this fear that has propelled the substitution of theology with a shallow, stale “spirituality” based on an excess of pious yet vacuous sentimentalism.

Let us examine more closely the particular features of this “orthodoxism.” What is it made of? It is a fundamentalist travesty of Orthodoxy that shows a heightened aversion to thought, particularly of the critical kind. It has an equal aversion to the materiality and historicity of human life, and a corresponding near-exclusive emphasis on “spirituality” revolving around the salvation of one’s soul in heaven, in a way bordering Plato’s anthropology and metaphysics. More substantially, we might say that Orthodoxism is structured around the following theoretical pillars:

1). The fetishization or idolization of the Church Fathers as infallible and direct purveyors of divine truths.  Following centuries of near-total neglect, the Fathers eventually made a much-needed and welcome return to the foreground of Orthodox theology, as original and profound interpreters of the Gospels who pushed the faith’s frontiers forward, often to incredible lengths. Unfortunately, religious people may well live without God but never without an idol, and in this case, the patristic corpus was soon turned into one: it has long been seen, after the reinstatement of the Fathers, as a complete and terminal point for every conceivable truth concerning God, humankind, and the cosmos. According to this mentality, there can be no going further than the final full-stop in the writings of the Fathers, simply because the Fathers were all saints, and, as such, not only infallible but the sole authorities on anything at all under the sun. When faced with new questions, puzzles, challenges and concerns, we are readily advised, as Orthodox Christians, to turn to the Fathers as reference-books, or better yet as “phone-books,” because as the direct mouths of God, anything that they wrote is beyond reproach. It is high time we admitted that over time, we Orthodox have produced a “patristic fundamentalism” in the image and likeness of the Protestant “scriptural” one (the so-called sola Scriptura).

2). The notion of Holy Tradition in the Orthodox Church is likewise seen as a finished, complete, and therefore static body of knowledge, intended for passive consumption. There is neither room for further development in it, nor any space for the new and the unexpected that any sane society would normally acknowledge and factor in as such. Thus, instead of being the premier forward-looking body in the world, thanks to its eschatological orientation, the Church is backward-looking, always extolling a “glorious” past whose norms must dictate present and future conduct. What is amazing here is the complete absence of the slightest suspicion that the Church must collectively lend a listening ear to the Holy Spirit, whose task is, among others, to refresh history and creation by producing new and sometimes even unexpected forms of grace as well as new biological and social realities, as He guides the Church toward the Eschata, the new world of God which shall entail radical and unsettling reversals of what we nowadays within history assume to be normal and acceptable (as promised in the Gospel saying that “the last shall be first and the first last,” Mt. 20:16; Mk. 10:31). By giving up on its eschatological orientation, the Church loses her promise to be a prophetic voice on earth, and so ends up so frequently falling far behind society, as the world becomes more human, more inclusive, and more just. Given the Orthodox Church’s fixation, or lust rather, for the past, for the simplicity and supposed innocence of previous times (based on ignorance), one is given the impression that Eastern Christians are more truly Byzantine than Orthodox Christians. This statement needs to be qualified: the Byzantines were, of course, Orthodox, but Orthodoxy cannot be reduced to its Orthodox past; Orthodoxy should be synonymous with continuous growth and enlargement, with a ceaseless openness in space and time. It should also be tantamount to honest self-correction where the need arises, as regards cosmology and anthropology (not Christology or Trinitarian doctrine). For the surest mark of any healthy form of spirituality is its falsifiable character, meaning by that its willingness to admit, address and correct past mistakes stemming from ignorance and prejudice. An ossified spirituality is inherently denied the dynamism, growth, and frankness of living organisms and can only become toxic for adherents and the societies that share it, regardless of its original intentions.

3). Orthodoxism harbors a strong aversion to modernity and its dual spin-offs, an open society and liberal democracy. The whole culture of modernity is often publicly targeted by Orthodox hierarchs and certain theologians as inherently anti-Christian, because by taking human and civil rights seriously and by giving room to tolerance, pluralism, and freedom of the individual, not only does modernity allow for freedoms that the Church deems sinful and counter to its normative values, it ultimately renders the Church’s voice but one among many – in consistency with liberal democracy’s commitment to pluralism and the freedoms of thought, conscience, expression and self-determination. The major bone of contention here, is the separation of Church and state (whether de jure or de facto) that lies at the heart of political modernity. The Orthodox Churches, by virtue of being predominantly national Churches, have long learned to lean on the State for survival and benefits and do not take kindly the prospect of one day sliding to one more voice in the public conversation regarding civil affairs. They have learned to be Caesar’s partners since day one, and that is the sole role they know how to embody. The point missed by those state Churches is that when you become Caesar’s partner, you inevitably turn out to be his whore as well. But even sadder is the Church’s blindness to the fact that the distinction between God and Caesar is first categorically drawn in the Christian Gospels themselves. That, along with the radical social reversals incurred by Christ, should have sufficiently demonstrated that the Gospel is not at odds with most aspects of political modernity, but in fact constitutes an early form of modernity, together with 5th century BCE Athenian democracy. The problem with the Orthodox Churches’ hostility toward the open, democratic society, is that it ingrains this hostility to the minds of believers, who are keenly trained to eschew the entire culture of tolerance and civil rights – let alone look to despots and demagogues as the most suitable candidates for political rule, as long as they sell “piety” and religiously-sanctioned authoritarianism. In that context, the protection of private lives and the continuous expansion of civil rights are sternly denigrated as a consent to “individualism,” which supposedly threatens the collective standing of society – as if a society that crashes the individual and demonizes otherness is one worth preserving in the first place.

4). Following directly from the above, Orthodoxism appears to be (and in fact often is) anti-western, to the extent that western democracies are the home of pluralism and the freedoms that make Orthodox so nervous nowadays. This is very unfortunate, because western societies, while far from perfect (a fact that they readily acknowledge, as they are both willing and capable of self-criticism), are still the only places in the world where the freedoms of thought, conscience, speech, and act are more than mere words, and where individual liberties and choices are taken seriously by the State. Despite occasional setbacks and a fiscal crisis plaguing western countries (as evidenced by the currently growing income gap that threatens the middle classes with emaciation), the West is where groups of people and individuals alike can flourish, because the intrinsic worth and the distinctiveness of persons are therein taken into account to a historically unprecedented degree. It is the place where religious freedom means not only freedom of but from religion as well, in the spirit of the Lord who invites us all personally to pick up our cross and follow Him freely, out of our own will.

Anti-westernism is the worst kind of self-designation that Orthodoxy can choose for itself; for, despite its Semitic origins, Christianity is also the fruit of Judaism’s intersection with classical Greek culture, and so by right belongs to the West. But anti-westernism aside, one related but broader problem for Orthodoxy is that from a certain point onward, she began to identify herself as against this or that, thereby ending up being anti-everything. Rather than drawing self-affirmation from the magnitude of her maximalist dogmatics and the beauty of her basic premises, Orthodoxy designates herself in juxtaposition to others, in effect making its believers intolerant towards anything falling outside her visible boundaries.

Haralambos Ventis is Professor of the Philosophy of Religion at the Faculty of Theology, University of Athens.

Excerpts from the intervention of His Eminence Metropolitan Ignatius of Demetrias, Chairman of the S...
Moscow, Kyiv, Constantinople: ...

As the dust begins to settle in the Orthodox Church split between Russia and Ukraine, it is Constant...
Fundamentalism as “Orthodoxism...

Our long-standing captivity to a sad caricature of Orthodoxy that could be called “orthodoxism,” and...
Deafening Silence

By Inga Leonova* Source: Public Orthodoxy Three years ago, a scandal broke out. An outspoken white...
Visit of His Eminence Metropol...

An excellent experience awaited on Saturday, April 8, 2017, the twelve-member group of young Roma, t...
Seminar and a Panel discussion...

With the participation of the Director of the Volos Academy Dr. Pantelis Kalaitzidis   On January...
© 2017 - 2020 acadimia.org