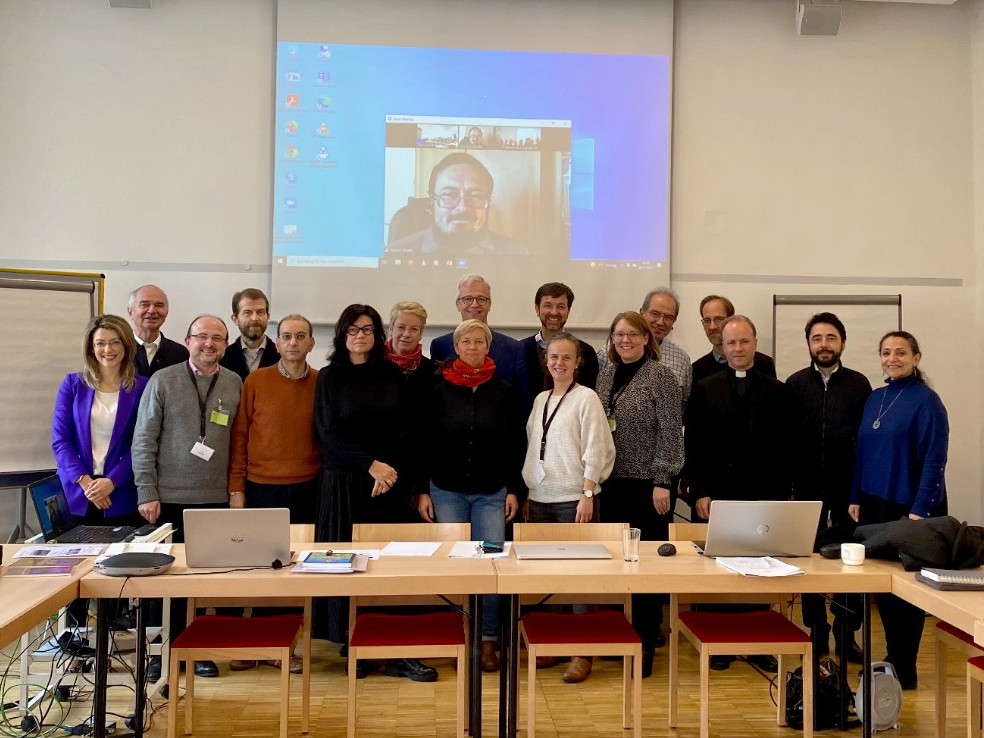 The "Healing of Memories" working group, which deals with the particularly sensitive historical issues relating to the relationship between Orthodox and Catholics, is reflecting on specific situations in the Middle East, the Balkans and Eastern Europe.

The working group on "Connecting Dialogues" is planning a database in various languages on documentation on the different dialogues between Catholics and Orthodox.

The "Reception and Inspiration" group has proposed various projects aimed at facilitating reception of the results of dialogue in the Church and in wider society.

At the beginning of the session, a public event was held on the Study document of the St Irenaeus Working group "Serving Communion: Re-thinking the Relationship between Primacy and Synodality" (2018).

The meeting was also an opportunity to reflect on the ecumenical dimension of the 2021-2023 synodal process of the Catholic Church entitled "For a Synodal Church: Communion, Participation and Mission" and on the possible contribution of the Steering Committee.

The fifth meeting of the Steering Committee will take place in November 2022 in Rome. In the meantime, the members will continue their activities in the working groups.

For further info, see the official press release of the Pontifical Council for Promoting Christian Unity at http://www.christianunity.va/content/unitacristiani/en/news/2021/2021-11-08-fourth-meeting-pro-oriente.html/ which provided information for the press release at hand.