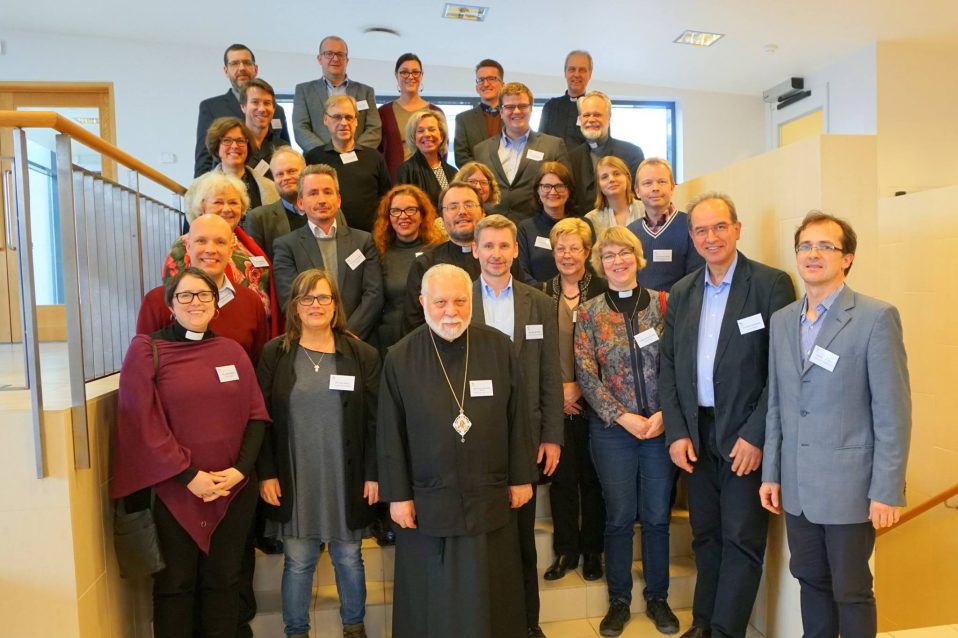 With the Participation of the Volos Academy Director, Dr. Pantelis Kalaitzidis

On 16 and 17 March in Reykjavik (Iceland) representatives from Conference of European Churches (CEC) Member Churches in the Nordic-Baltic region gathered for the first in a series of regional consultations leading to the 15th CEC General Assembly in Novi Sad (Serbia) in June 2018.
Those gathered contributed to the discussion on the future of Europe launched last year in the CEC Open Letter and analysed the issues it presented from theological and socio-political perspectives.

A first keynote in the Reykjavik meeting was delivered by proxy for Archbishop em. Anders Wejryd (Church of Sweden), who underlined the need of qualified theological contribution to the current discourse about Europe. “Theology which is needed to talk about Europe has to be related to life, relevant, and filled with Christian identity,” he remarked. “The tension between relevance and identity can be hard, but Jesus comes to unexpected help, when we realise that so much of his identity is precisely relevance for life, relevance for people, relevance for change and relevance for hope.”

Wejryd also stressed that it is important to meet those who are on the margins and not hide this from European society, “Through faith we dare to think that the weak should be protected, the criminal given a second chance, the wealth shared, the refugee welcomed, the world . . . stewarded and not owned and worn out by us.”

Margrete Auken MEP (Group of the Greens / Free Alliance Party) travelled from Strasbourg to offer a response to the Open Letter from her perspective working at the European Level. Her presentation reflected on how churches can better position themselves to engage with the European Institutions and current threats to democracy in the European Union.

During small group and plenary work, church representatives discussed their different national contexts, especially relating to minority-majority church relationships and to church-state relationships. Many stressed the importance of learning more about each other and the diversity of our respective societies to foster respect and harmony. Some called for a return to the spirit of Charta Oecumenica, signed in 2001 by CEC and the Council of European Bishops Conferences, which offered guidelines for growing cooperation among the churches in Europe. This would re-emphasise the place of the Conference of European Churches as a platform for essential dialogue and bridge-building.
Overall the group was concerned with how to promote a European narrative and strengthen the place of a Christian voice in promoting hope for the future of Europe. Those gathered also enjoyed the opportunity to learn more about the local setting from ministers of the Evangelical Lutheran Church of Iceland.

The group was warmly welcomed by the parish of Neskirkja.
The next regional consultation takes place in Edinburgh on April 6-7, while an analogous meeting for the South and Southeastern Europe, will take place at the Volos Academy for Theological Studies, in Volos, Greece, on October 4-5, 2017. Dr. Kalaitzidis was invited to take part in the Reykjavik meeting representing the Volos Academy, in his capacity as Director of the institution which is going to host one of the next regional CEC meetings.

The Conference of European Churches (CEC) is a fellowship of 115 Orthodox, Protestant, Anglican and Old Catholic Churches from all countries of Europe, plus 40 National Councils of Churches and Organisations in Partnership. CEC was founded in 1959. It has offices in Brussels and Strasbourg.

The present Press Release draws information out of the website of CEC.