Full description of the program, of the specific year 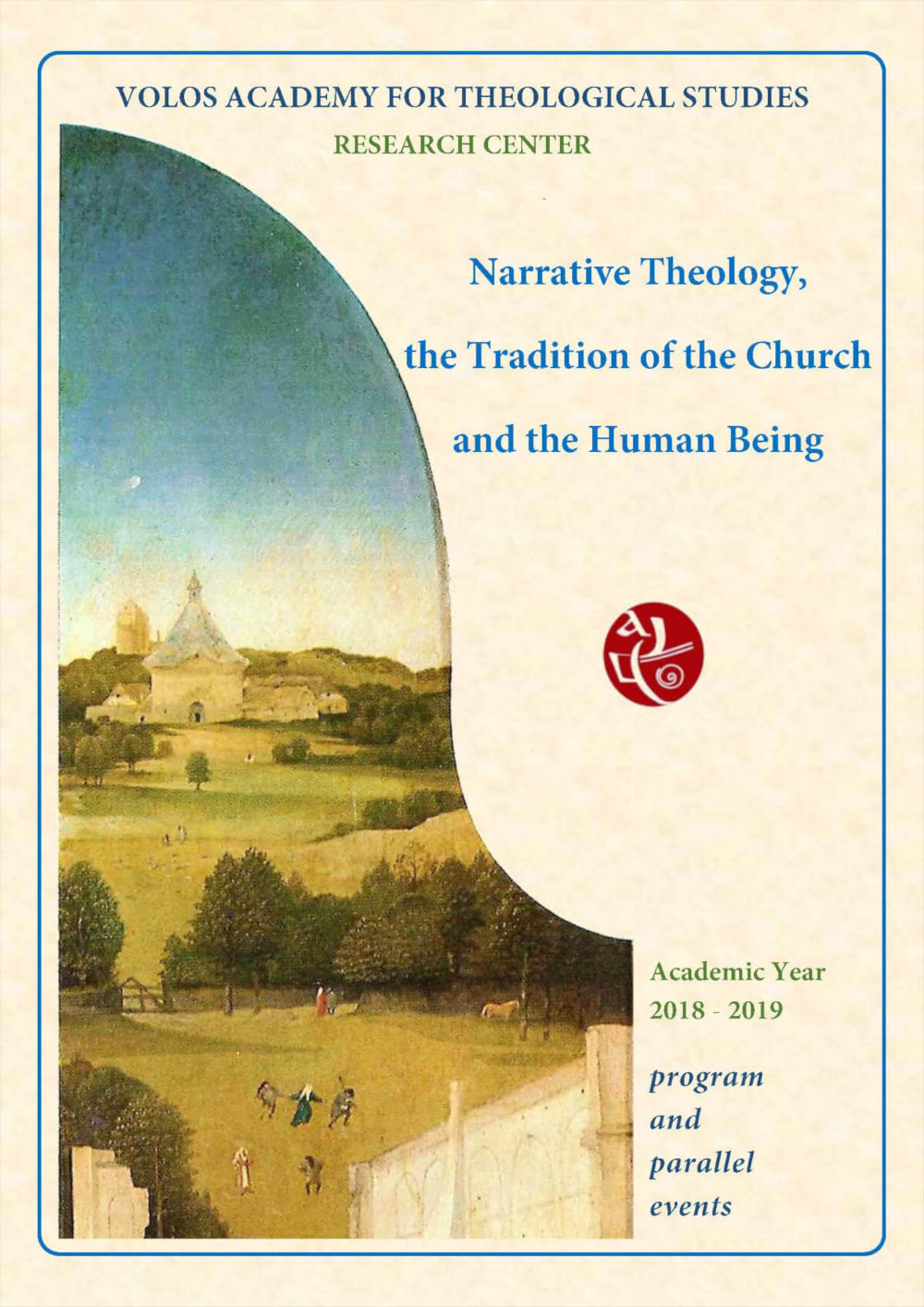 In an era of rapid upheavals and changes in the context of globalization, postmodernism and multiculturalism, Orthodoxy is confronted with radically new challenges that are unknown or even very different from its historical experience and path in the first two millennia. Despite the reluctant attempts at dialogue and openness to the surrounding reality, Orthodox theology continues to avoid a critical and creative encounter with the contemporary trends of Western philosophical and theological thought, often adopting hermeneutic forms and propositions, which express at least one anachronistic way of approaching and interpreting the truth of being and history.

The search for an appropriate hermeneutical method seems to have occupied Christian theology and philosophy from its early stages. Against the strong tendency of the extreme specialization and fragmentation of the world, as well as the degradation of the authority of the great historical narratives from the post-modern paradigm, the Churches often seek new ways of a critical perception of the reality and updating of their message. Against this background and because of the rapid growth in our day since the 80s, the use of narrative criticism and narrative discourse, already flourishing in the sciences that dealt with literary texts, etc., seem to be able to find their own way to the field of systematic and philosophical theology in general and biblical studies in particular. The narrative way of approaching the relevant textual tradition gives priority to the emergence of the experiential element, based on the experience of the particular community and not on the a priori and above-imposed authority of a metaphysical and intellectual thinking, thus taking seriously into account not only the intellectual abilities or physical skills of the people, but above all their peculiarities, physical weaknesses and disability, their own psychic world, eventually the “whole” human, reminding us a patristic perspective par excellence. It is an emerging and promising current in theology, the so-called narrative theology, which, having gained a relative independence, attempts at interpreting the core of the Christian message as it is depicted in the biblical, hagiographical, liturgical, etc. texts of the ecclesiastical communities, exploiting the dynamism of narrative, which seems to define by definition a more existential way of engaging, understanding and transmitting the truths of each community about God and the world. Such an hermeneutical proposition seems to be at odds to the dominant, even today, in Eastern Orthodoxy, scholastic approach to the truth, which is based on certain a priori propositions. Instead, it adopts a more incarnational and empirical perspective that takes into account the potential and needs of specific people and communities who are called upon to dialogue and eventually receive the salvific message of the Kingdom.

Speaking of the significance and the particular usefulness of narrative in hermeneutics, it seems that it finds a particularly suitable ground for application in the interpretation of the Scriptures but also in other aspects of theology (ethics, worship, etc.). Narrative texts are all texts that narrate or imply a story. In this sense, narrative texts refer to all the books of the Bible, as well as to texts related to the Life of Saints or liturgical texts. The aim of the narrative method is to examine the morphological characteristics of the narrative texts, in order to reveal aspects of the meaning and the truth they express, as well as the influence they have on potential readers (believers, regardless of whether they are literate or not, physically capable or not, but also the whole world as well as the public space), which cannot be accessed by classic hermeneutical ways (e.g. the historical-critical method). One of the central elements introduced by the adoption of the narrative, lies in the dimension of synchrony, which in contrast to diachrony, considers the text in question as a coherent whole, with a reasonable harmony and aesthetic value; a text which expresses in brief the faith of a certain community and the way the latter understands itself, God, the world and history. The narratives, in order to express the faith of the community appropriately, but also to influence a reader, often use the various techniques and methods of rhetoric and criticism of the reader's response.

One of the fundamental and perhaps more controversial elements of the narrative method is the distinction between real (where we really live) and narrative world (the world of the text). It is well known that narrative theory is primarily concerned with the latter. This, of course, does not mean that it is completely indifferent to the historical dimension of the data, facts and persons mentioned, implied or presupposed in the narrative. However, it puts this dimension in second place, using it to the extent that it serves the understanding of the narrative world, to which it focuses its attention. Such a dimension seems to reflect the post-historical character of the Orthodox (liturgical) tradition, which gives priority to the coming Kingdom, understanding the relationship with history in a dialectical way. The seeming depreciation of history by the narrative method (and often by the Orthodox Church) should not, however, be seen as a radical rejection of the historical perspective. On the other hand, the importance attributed to the experience and its expression has a dynamic that can make the evangelical message, but also the truths contained in the rich textual tradition of Orthodoxy—and especially in the hagiographical texts, so popular and teaching for the faithful—most familiar to the contemporary listener and reader (implied listener, writer), who no longer accepts, without question, any authority imposed from above. In spite of any reservations (for example, the risk of relativism or devaluation of history), the narrative theory provides mechanisms for a better understanding of the text itself in the synchrony, thus responding successfully to different causes and addressing a diverse audience, a fact which can highlight the multidimensional dynamic (e.g., therapeutic) of the text depending on who and from what angle it reads. In this context, the particular experience, and the whole psychological world of the person to whom it is addressed, acquire a prominent position.

Using the narrative method and criticism, Orthodox theology, without in any way blurring the vision of the coming eschatological Kingdom, is called upon to make use of one of the most consistent hermeneutical methods so as to make the message of the Gospel soteriologically effective, which is based primarily on the experience of the paschal mystery in the life of the Eucharistic community, in which all people without any discrimination of social, racial or other kind are invited to participate. The rich textual tradition and the living faith experienced not as an abstract ideology but as a saving truth in the sacramental life of the Church are elements that can be tuned with the most advanced techniques of the narrative method in the Church's attempt to avoid marginalization and the fragmentation into a world that is radically changing.

In this spirit, the Volos Academy of Theological Studies, continuing the tradition of critical reflection on timely theological and more broadly socio-cultual issues, is planning for current academic year 2018-19 a series of events, lectures, book presentations, workshops and conferences in collaboration with other Orthodox or inter-Christian institutes and theological schools, with topics such as “Guilt and Forgiveness,” “Ecclesiastical Relics: From Liturgical Use to Museum Visibility,” “Bible, Churches and Spirituality in a (Non-) Secular World,” “Eastern Christianity between Theology and Social Anthropology,” “What is Theology? The Question of Interpretation in Orthodox Theology,” “Disability, Church and Society,” “Figures of Christian Narrative Texts: Theological and Secular Approaches,” etc.

Islam in Greece and Europe

Greek Orthodoxy and the “other” in Greece in 2040, Four round tables